In the wake of the global climate crisis, discussions around the topic have not remained limited to the developed and rapidly developing regions alone. The reality of climate change has only begun to hit home amongst the masses recently and the adoption of the Glasgow Climate Pact at the COP26 should have been a landmark event. But global geo-politics meant that the results of the global summit was mixed.

While new commitments to reduce greenhouse gas emissions were not adopted, countries did recognize the importance of reducing global emissions by 45 percent by 2030 compared to the 2010 levels, and to achieve carbon neutrality by around 2050.

While seemingly ideologically opposed on every front, India and China stood side by side in their opposition to completely “phase out” coal use, they did agree to “phase down” its use.

Both countries, of course, had to keep in mind the realities of their demographics and economies.

Prime Minister Narendra Modi drew praise from some sections in India after he pledged to cut emissions to net zero by 2070, reduce carbon emissions by one billion tonnes by 2030, and raise the share of renewables in the energy mix to 50 percent.

With plans for rapid urbanisation over the next few years, how those commitments will play out remain to be seen. This is especially true considering that India’s emission levels have been high in recent years and developed nations have (sometimes unfairly) pointed that India must cut down its emissions (which would also mean scaling down infrastructural work).

A glaring example that critics have rightfully cited has been the pollution levels of Indian cities, especially Delhi. As state governments fight over each other, blaming one another for the dangerous levels of air pollution, there are still a few bright (green) spots in the country.

As is no surprise, the states of the Northeast continue to be one of those bright spots. And arguably, the brightest amongst them is Arunachal Pradesh.

The Northeast is one of the 36 Biodiversity Hotspots of the world. Amongst the states of the region, Arunachal Pradesh not only has the highest forest cover in terms of area, but the quality of forest is also superior in comparison.

Not all has been well, though.

The 2019 India State of the Forest Report (ISFR) had recorded that the state’s forest cover had decreased by 276.22 sq kms, compared to the 2017 report. This could be attributed to increased infrastructural construction activities in the intervening years.

In terms of the area under forest cover, the state remains the third largest after Madhya Pradesh and Maharashtra, according to the report.

As per the report, India’s total forest cover was estimated at 7,12,249 sq kms, which is 21.67 percent of the geographic area of the country.

The forest cover in Arunachal Pradesh was reported as 66,687.78 sq kms, which is 79.63 percent of its geographical area.

The report also said that the state’s carbon sink is 1,051.32 million tonnes, highest among all the states.

Beset with its own set of issues, the state forest department has been working to bring positive changes.

Illegal timber smuggling, unauthorised harvesting of free-growing medicinal plants, encroachment of reserved forests, and wildlife trade, however, continue to be happening, sometimes seemingly under the nose of the authorities.

What’s compounded the issues is that the environment & forest department has been guilty of not being able to implement its policies. Officials in the department do admit to their fallacies but often blame it on the shortage of staff.

However, progress have been made over the recent years, thanks also due to collaborations with conservation groups such as the WWF, NCF, and other NGOs.

The examples of the successes have been shown by the sightings of rare animal and plant species.

One of the success stories of the department has been the establishment of the Hoolock Gibbon Breeding Centre inside the Itanagar Biological Park (zoo) established in 2007.

Between 2008 and 2012 alone, the centre had successfully bred eight offspring.

The shift and commitment towards improving the situation accelerated over the years, notably with the adoption of the ‘Pakke Declaration 2047‘.

The declaration is aimed at climate resilient development in the state.

The ‘Pakke Tiger Reserve 2047 Declaration on Climate Change Resilient and Responsive Arunachal Pradesh’ envisages a multi-sectoral approach towards low emission and climate-resilient development through five broad themes, or the Panch Dharas — environment, forest and climate change; health and wellbeing of all; sustainable and adaptive living; livelihoods and opportunities and evidence generation and collaborative action.

While the declaration and its finer points deserve scrutiny, it’s a move that is a welcome step.

Perhaps one of the biggest efforts being made to bring changes on the ground is the initiation of the Airgun Surrender Abhiyan.

With hunting being a traditional practice and one that historically served as a primary source of gathering nutrition, asking indigenous populations to surrender their weapons is a major task.

More than 1600 airguns & guns have been surrendered across the state so far and the initiative was awarded the Roll of Honour at the sixth Northeast Green Summit 2021.

What kind of impact these initiatives have in the long run in conservation efforts remains to be seen. What can’t be denied is the fact that steps have been taken in the right step. 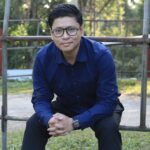